How to make a little taggie toy for baby 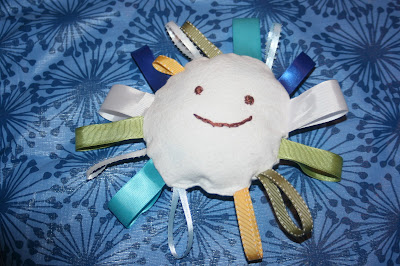 Two of my colleagues are expecting babies in about a month. Before they went on maternity leave we had a little shower for them. I had seen a little toy like this on Pinterest and thought it looked pretty cute and simple enough to make. Some of it was guess work as I'd made my own dear daughter a mini taggie blankie when she was smaller.  Some of it I did by guess work and some of it I was helped out by the trail left to me by Pinterest.  I first saw something similar on Tatertots and Jello which led me to Mmmcrafts which led me to Chez Beeper Bebe which had an amazing little Etsy story and tutorial (totally worth reading).  Here's what I did:


First I pre-washed some soft flannel (though any soft, cuddly fabric would do), folded it to double layer it and cut out a circle (making two identical circles). 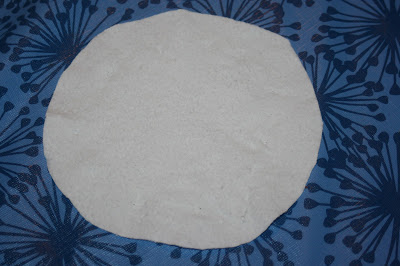 I then cut a variety of pretty ribbons in varying lengths.  I folded them in half and pinned them on one circle (good side) facing in to the centre of the circle, so all the folded edged meet in the middle.  (This is probably the easiest step to get wrong as it doesn't seem to make sense, but it will - trust me!) 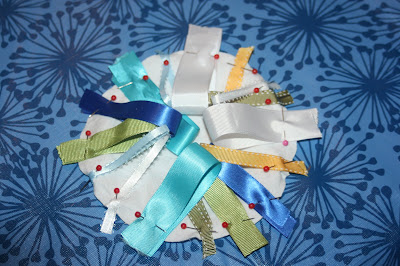 I then matched the other circle up and pinned it overtop all of the ribbons, good side facing in.   As you pin the outside circle on, you need to remove the inside pins that are holding the ribbons in place.  So basically, hold that ribbon down and re-place the inside pin on top so that it goes through all 4 layers (a fabric sandwich of flannel, ribbon, ribbon, flannel).  Continue on the circle.  Now you have a nice little packet ready to sew. 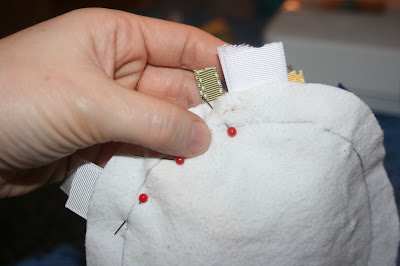 Now sew around the circle, leave a space a couple of cm (just under an inch) wide to turn the toy inside out. 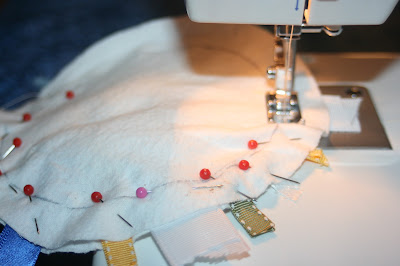 Once you have turned the toy inside out so that all the ribbons are now on the outside you can start stuffing the toy with stuffing. 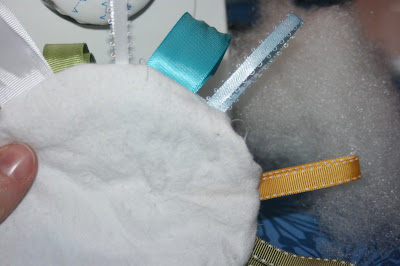 Once filled, sew up the little hole. 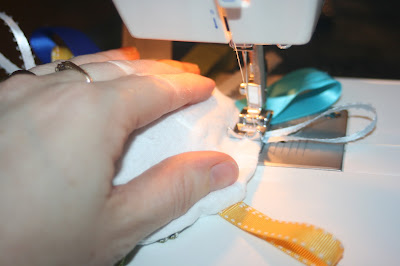 Use embroidery thread to stitch on a little face.  I'm certainly no expert at this, just go for it and see what you come up with :) 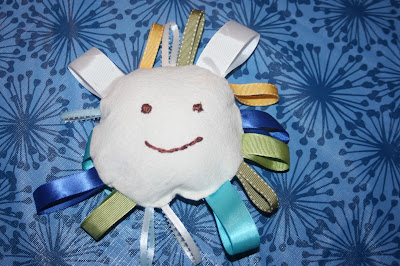 There are my two little soft taggie toys ready to meet the new babies! 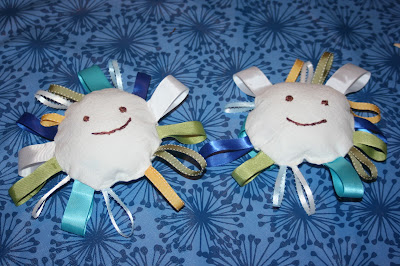 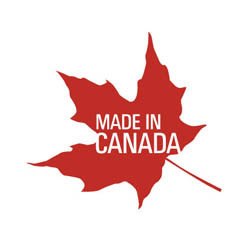 This is a Flickr badge showing public photos and videos from Bookworm Kristen. Make your own badge here.